We at RappArt are deeply saddened by the passing of Jack Davis, who quietly left this world at age 91 on July 27th. Jack began a long and close relationship with our agency in 1979, but his achievements and influence spanned several generations. We expect he will continue to inspire young illustrators for years to come. Jack continued to accept commercial assignments until 2014, despite increasingly failing health. We all chuckle at the memory of finding six or eight pages of faxed sketches that needed to be tiled together to share with the client. Clients were of course thrilled to receive an original Jack Davis drawing, and even more excited when his original painting arrived. Please enjoy our brief retrospective of his illustrative career.

Jack is probably best known for his work in Mad Magazine, in which he was a founding member of “The Usual Gang of Idiots”. His work appeared in almost every issue for the next four decades. Jack’s MAD work was predated by his early 50s contributions to EC comics for such infamous titles as Tales from the Crypt, Vault of Horror, Frontline Combat and Two-Fisted Tales. His talent for celebrity caricatures spawned fruitful assignments for numerous publications such as Time and TV Guide. His 1976 Time cover rings true today. He also became renowned for his humorous depictions of sports, particularly football and golf (Jack was
an avid golfer). By the late 70s he was regularly commissioned by agency and editorial art directors who grew up with MAD. 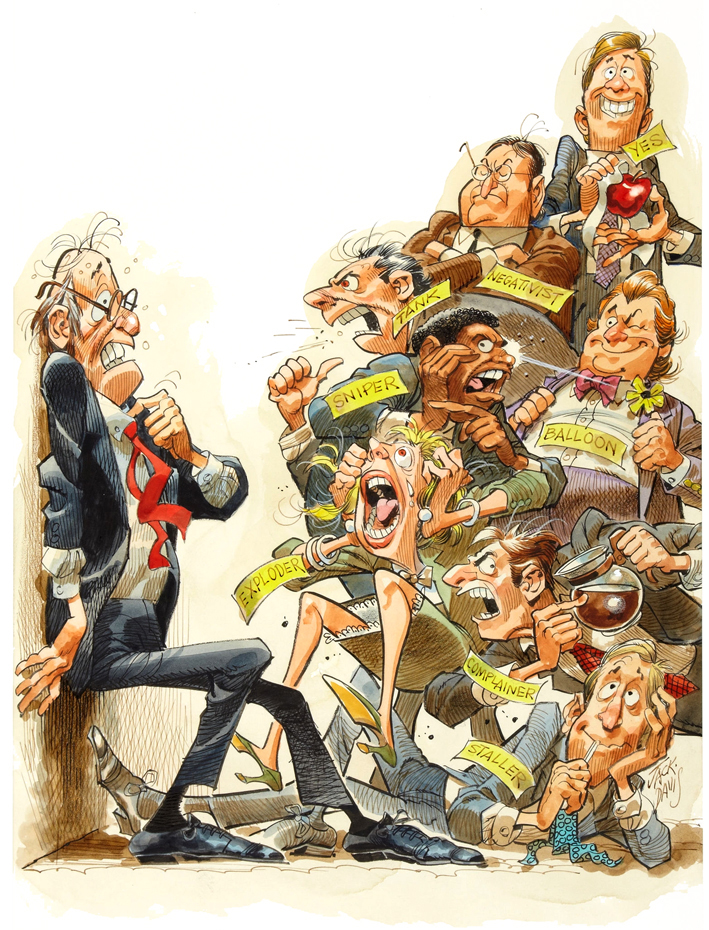 Even when Jack slipped away from his drawing board to play golf, perilously close to a deadline, he always came through with beautiful work. He made it look so effortless, but at his peak, no one could touch him. His later years were highlighted by appearances at book signings, speaking engagements and gallery shows, which were avidly attended by longtime fans. By 2014, failing health compelled Jack to put away his brushes for good, though he never lost his passion for drawing.

Despite such a prolific and varied career, Jack Davis remained warm, humble and self-effacing, often wondering what all the fuss was about. Nevertheless, it’s safe to say he felt deeply gratified that so many people appreciated his work – one of the most celebrated and influential legacies of 20th century illustration.