John Jay Cabuay is a Filipino -American illustrator based in New York City. His illustrations have graced the covers of newspapers, magazines, and book jackets worldwide. He received his MFA in Illustration from the Fashion Institute of Technology. He was featured in a book by Taschen called “100 illustrators” a book about the 100 important illustrators around the globe. John Jay illustrated his first major picture book project “Get Up Stand Up” and is available now on local bookshops and online stores. John Jay Cabuay was commissioned by The Harvard Gazette to illustrate the article, “Why living in a two-parent home isn’t a cure-all for Black students” for their series Un/Equal about race and inequality in the United States. See more of John Jay Cabuay’s work here.
Read More

John Jay Cabuay was commissioned by Sourcebooks Young Readers to illustrate the cover of the children’s book Barefoot Dreams of Petra Luna written by Alda P. Dobbs. This book is currently available on preorder and will be published on September 14, 2021. See more of John Jay Cabuay’s work here.
Read More Every October, artists around the world dedicate themselves to drawing every day for an entire month. This challenge, called Inktober, gives illustrators the chance to freely test new styles, draw unexpected subject matter, and get to know their community. This ambitious project is admirable to attempt as a busy freelance...
Read More John Jay Cabuay illustrated Get Up, Stand Up, a new picture book written by Bob Marley’s daughter, Cedella Marley, and published by Chronicle Books. The story is an adaptation of the musician’s iconic song. Publisher’s Weekly wrote a beautiful review, stating, “Cabuay supports the lyrics with the kinetic flair of...
Read More 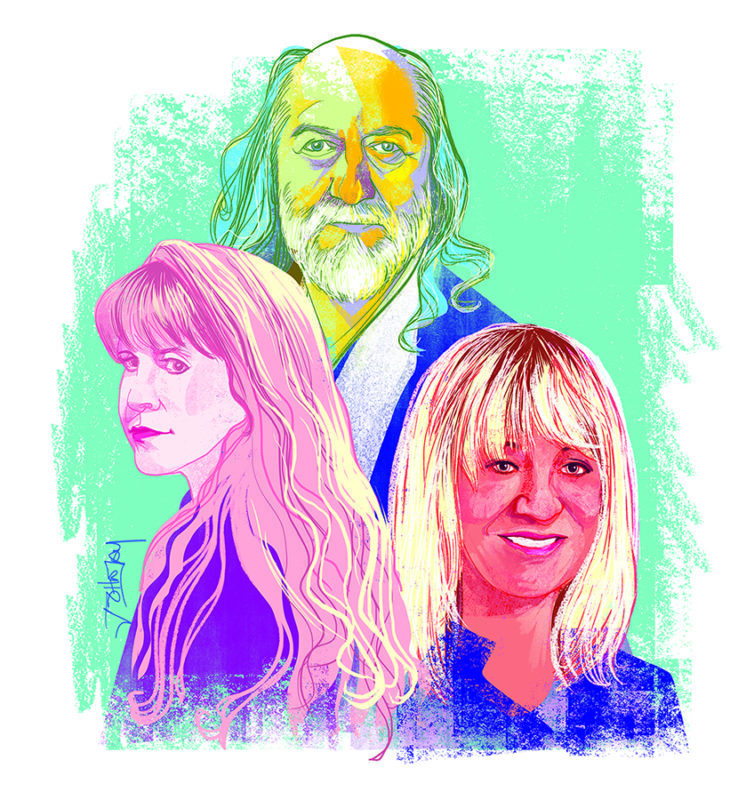 John Jay Cabuay has illustrated a portrait of the incredible band members of Fleetwood Mac for D Magazine as a part of their calendar of events. See more portraits by John Jay here.
Read More John Jay Cabuay was recently commissioned to create full-page illustrations for the December issue of Texas Highways magazine. In the article, “A Solo Traveler Takes A Road Trip Through Her State of Mind” writer, Sarah Hepola, writes an ode to the solo female road trip. John Jay’s is able to capture...
Read More Illustrator, John Jay Cabuay created a lovely series of six full-page portraits for Boston University’s School of Public Health Magazine. The issue was devoted to highlighting members of the BU community that are change leaders in public health education. Sandro Galea, Dean of the School of Public Health, was extremely happy...
Read More